I found that I shared this passion for wildlife photography with my Aikido teacher, the amazing Yoshi.  His Aikido classes are well attended by many in the Santa Cruz community including people who are not students at UCSC.

One of his adult students was/is involved in a wolf rescue program and as a result had a pack of seven wolf husky hybrids at his house.

These are not pure breed wolfs but they are not house pets either, all from the same familiar group him and his partner had taken them in and provided them a home years ago.  Yoshi spent many days with this pack taking pictures and one day invited me along too.

We were met by my classmate and his partner in the cozy little home and they went over the rules of engagement for going into the pack’s enclosure.

Like any wild animals they must be treated with the respect owed to them while maintaining yourself in such a way they don’t pick up fear or aggression from you.

These amazing creatures were well handled and used to the human members of the pack, they had spent many hours in Yoshi’s energy but I was new.

Entering through the double gate of the enclosure was a bit surreal and one of the most amazing things I have ever experienced.

Wolfs are wary yet curios creatures and so for a time they kept their distance from me.  Our host was able to go where he pleased as he had an obvious position of respect in the pack.

The alpha male Krian was as all good leaders are- relaxed and calm.  Until there was actual need for his attention.  Most of the day he sunbathed peacefully outside the den.

Playing fervently, then plopping down in the dirt for a nap.  Napping really is what all animals do best.

I think people forget that.

In the wild, there is a time for hunting and all the other daily activities but most of the day is spent playing, grooming and relaxing.

One of the smaller females was pointed out to me as “one to watch.”  Her name was Bee and she was a handful. 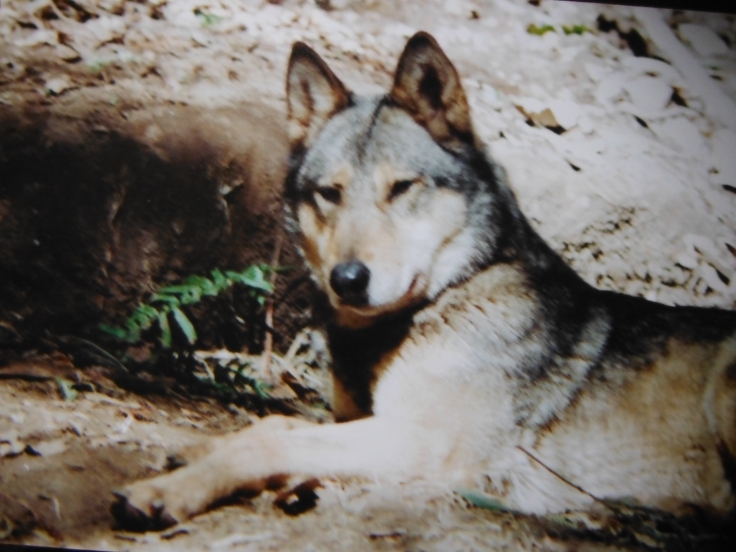 Yoshi got his acknolegement as a retuning guest, someone they knew.

I was new.  An unknown, I was inspected from all sides and distances but after a time I seemed to be ‘old hat’ and they went about their play and rest. 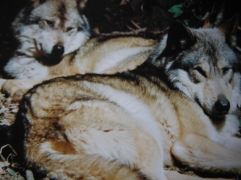 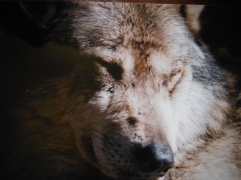 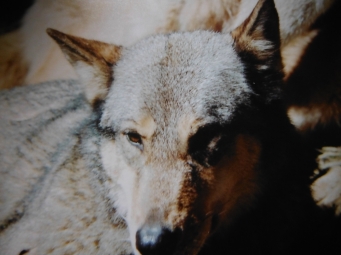 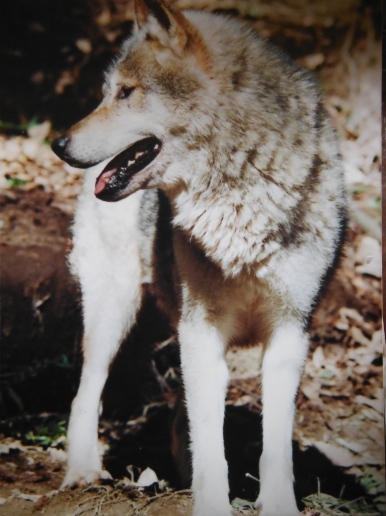 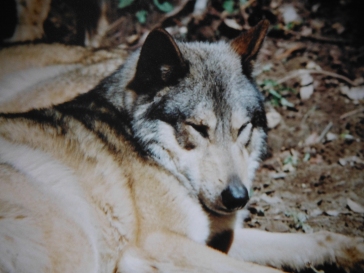 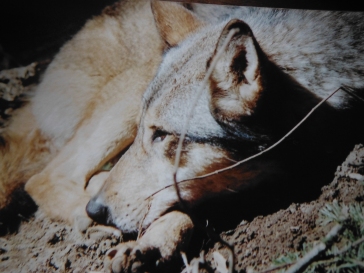 I stood my ground.  Being confronted by a group of wolf dogs is not an experience most people have had and it is probably better that way.  It took everything I had just to be still.

Our host stepped in front of me two second later, protecting me and calling them off.  His vouching for me was all it took to end their fun and everyone returned to their afternoon activities.

Bee was chastised, fist by our host and minutes later by Krian.  Good leaders want peace for their families and this bit of shit stirring was not something that the big male wanted any part of.

I retrieved my lens and had a few second thoughts about going back in but as it turns out I am not that bright and I quickly reentered.

We spent a couple more hours enjoying the company of the pack and I am grateful that I retuned.

Some days you are tested more than others.  Some actives take more courage than you think you have but you will end the day with a better understanding of yourself and your place in the world.

I know I did.  Understating and a fist sized purple bruise on my hip.

It was amazing to share the passion my classmates had for wildlife rescue. Witnessing the sacrifice it takes to make a place for the wild in a world over run by humanity.

3 thoughts on “Defiantly Not The Leader Of The Pack.”