Time is short these days.

Mother’s Day brunch at The EmRy House went well, in-spite of walking into a kitchen with a convection oven that decided not to heat up (even though the day before there was NO PROBLEM whatsoever) during the 4 hours when I needed it most.  We ended up getting the buffet up, on time, with only one small oven…

I have decided that more often than not – if I want to be successful, my life has to be a constant string of contingency plans.

The homestead is no exception.

Currently we have; a fully stocked restaurant kitchen for our grand opening tomorrow and a very neglected homestead.  Practically the only thing in our refrigerator at home is a dead rooster.

I came home from work to find that Dude had gotten loose from his cell (I had separated him in order to let the guineas and other chickens out for the day while we were gone) and he proceeded to kick the ever loving crap out of my Little Man. 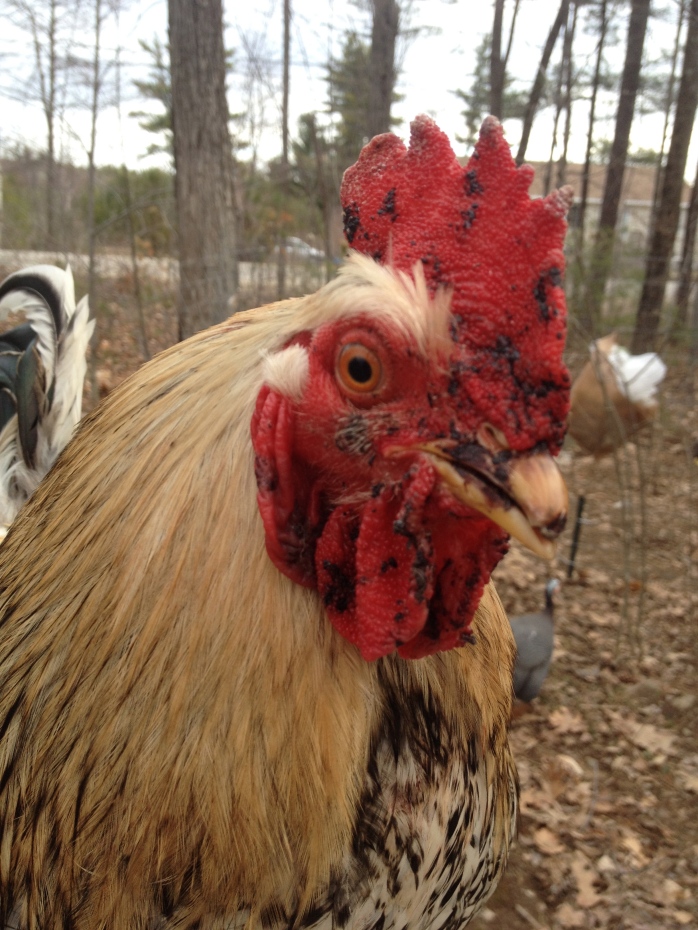 He broke the tip of his beak off but other than being completely traumatized, he was ok.  I found him cowering in Spaz’s under coop lair.  Needless to say Dude died quick.  I was upset with myself for not taking care of him sooner.  It was my mistake and Little Man paid the price.

The guineas are free ranging around the property, hopefully eating all the bugs as they go.

They are often followed closely by the sheep.

Both the bee hives are dead.

In-spite of having candy boards centimeters away, they appear to have starved. 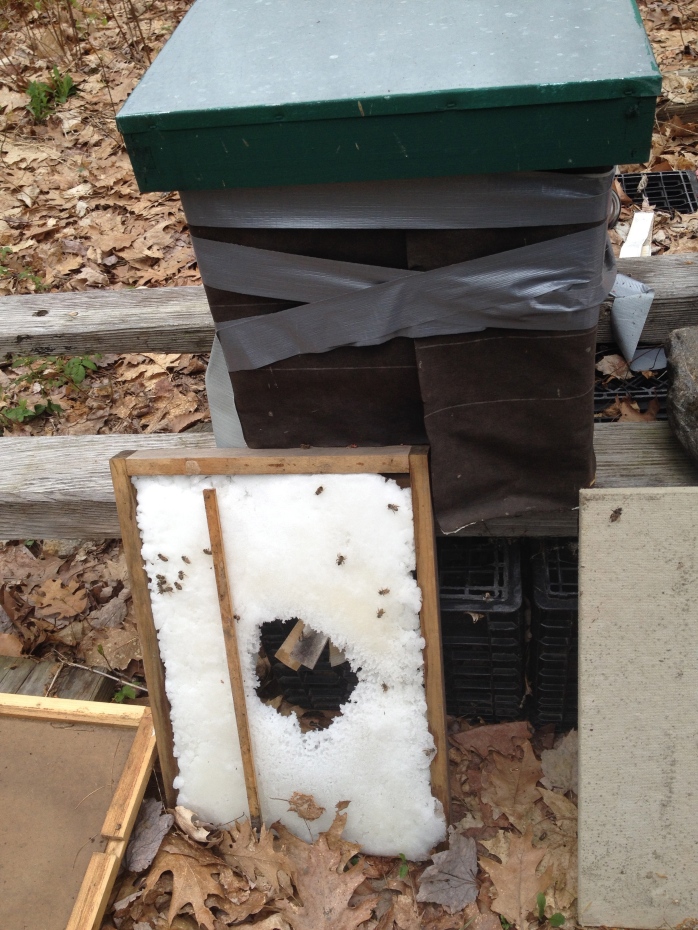 Very sad but it was a REALLY harsh LONG COLD winter.  I can’t do anything about the weather 😦

There is new life coming through.

An incubator full or surprises and one of our Americanas laying duck sized eggs. 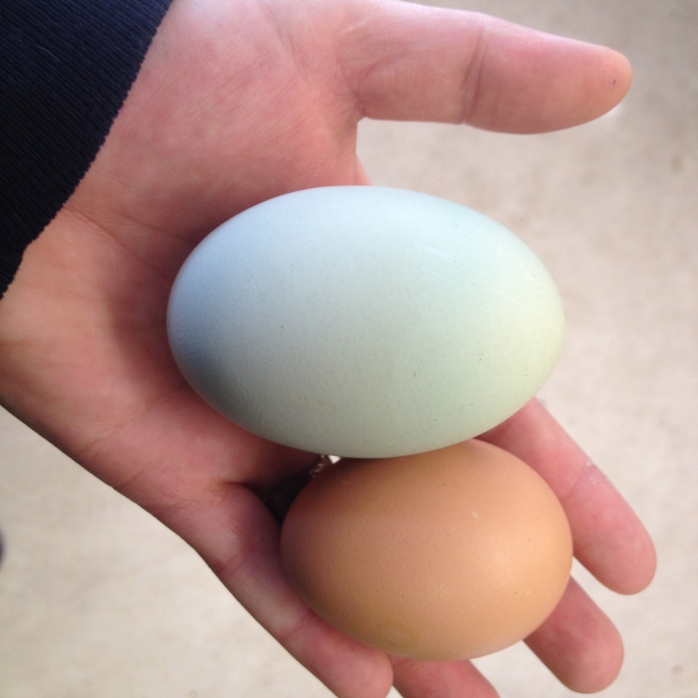 Mothers day went well, but I am beat!  We both are…

That’s the update for now.  I am excited for the first time in weeks we have already eaten dinner and are getting ready for bed before the clock goes back to single digits.  We will wake up early tomorrow and do it all again.

We will try to write more sooner rather than later.

As always thank you for reading and be well!

4 Comments on “A Short Homestead Update”