Once upon a time we lived on a boat.

We lived in Santa Cruz harbor and life was…well, never boring (not that it is now) 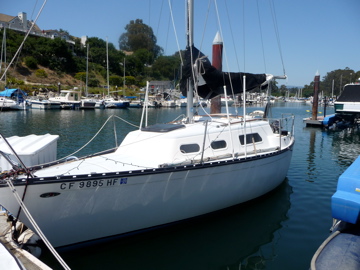 When he bought the boat, the slip that came with it was grandfathered in as a live-aboard.   It was not on the live-aboard dock but that was just fine!  It was also the last slip on the dock right on the main canal.

So stuff like this swam 10 feet off the dock and sometimes woke you up by bumping the keel.

And great blue herons hang out on your ‘lawn.’

It was pretty epic but after I moved in we needed to redesign the space.  Out with the galley!  Complete with the world’s oldest built in ice chest…not a pretty smell.

When the conversation about rearranging the layout started my significant other was hours away from leaving for 10 days to see the boys on the East Coast.  It started as a hypothetical but within 2 hours, this happened… 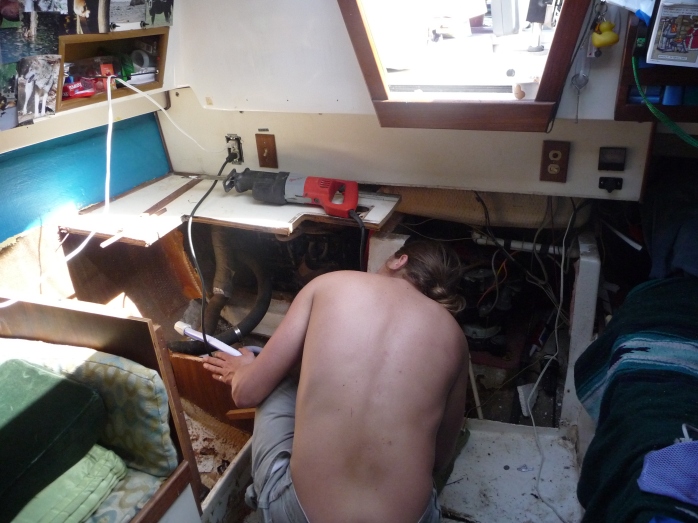 “Shouldn’t you be packing ?!” She asked with growing concern. 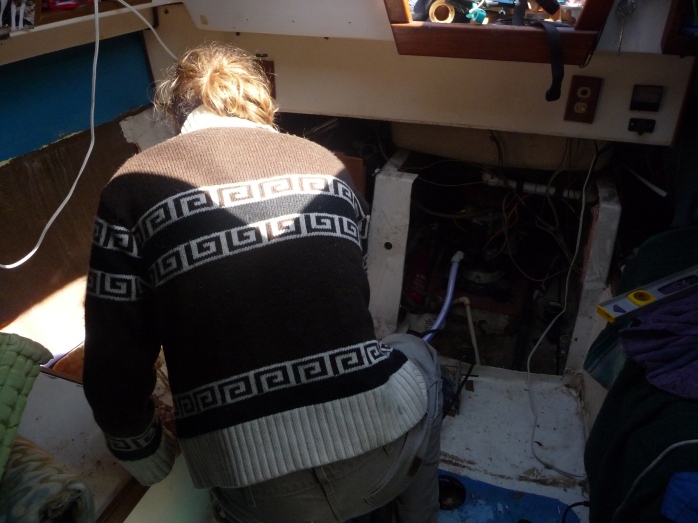 When the dust cleared I was left with a hole where the kitchen used to be and the captain of the vessel on a plane cross country.

So I made the best of it and painted.

Pele, slept in the V-birth.

Upon the master builder’s return we decided to put the galley in the V-birth and the bed out under the hatch.  Sleeping in the open air is amazing!  Till a pelican poops on you (this never happened but I was always afraid it would) pelican poop is no joke!

We put the sink in middle of the boat. 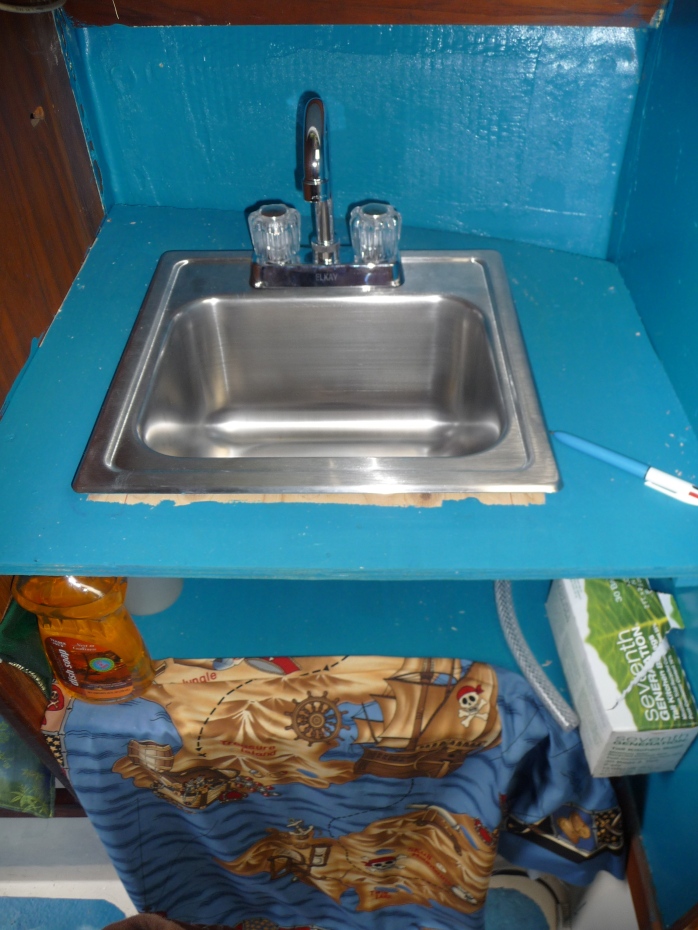 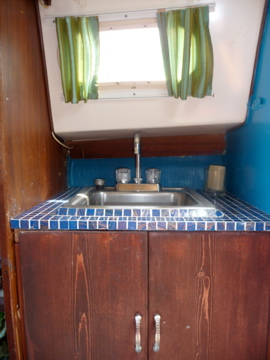 The sink is level the wall is not.  Overhauled the V-birth so it could be the galley/closet. 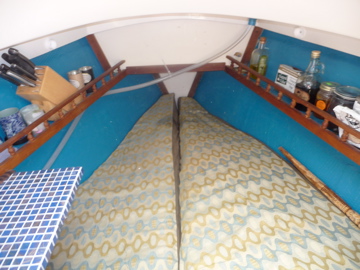 We installed a bar to hang our clothes and called it a day.

We added a small refrigerator (better than a built in ice chest!) 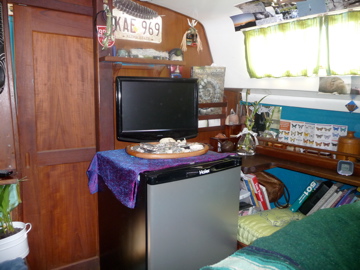 You could reach it from bed, not too shabby!  Like any self respecting pirates (currently running a tiki bar) we had a wide selection of what else, RUM! 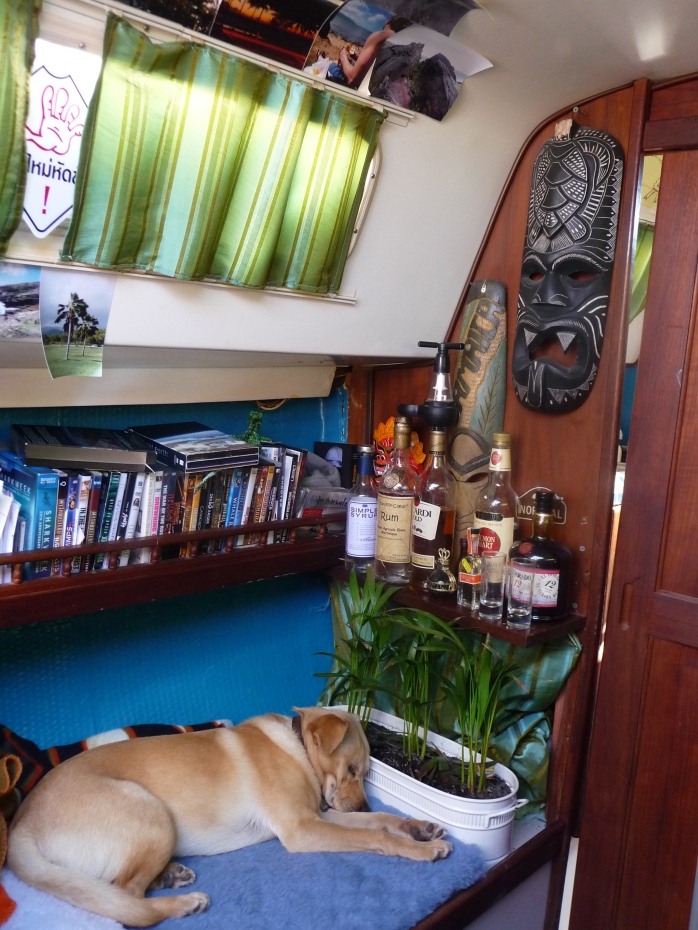 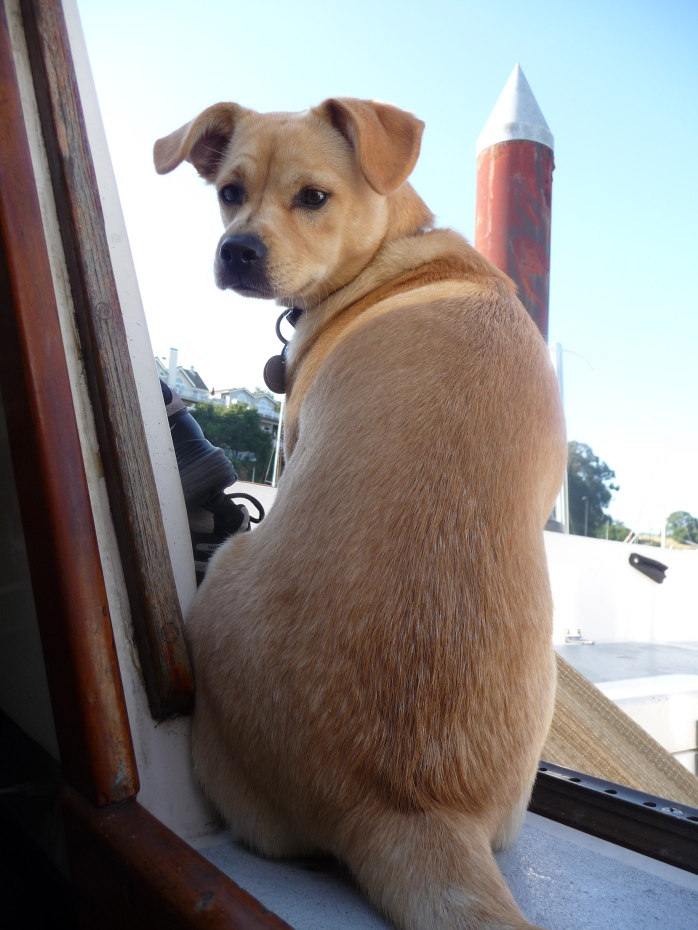 She didn’t sleep all the time, some of the time was PARTY TIME!

Here are some videos of the day sardines invaded the harbor, followed closely by the sea lions.

How’s that for entertainment with your morning coffee?

It was a lot of fun and quite an adventure but then we got another dog and moved into the mountains but that’s a different story.

Have a great day!

7 Comments on “Once upon a time we lived on a boat.”