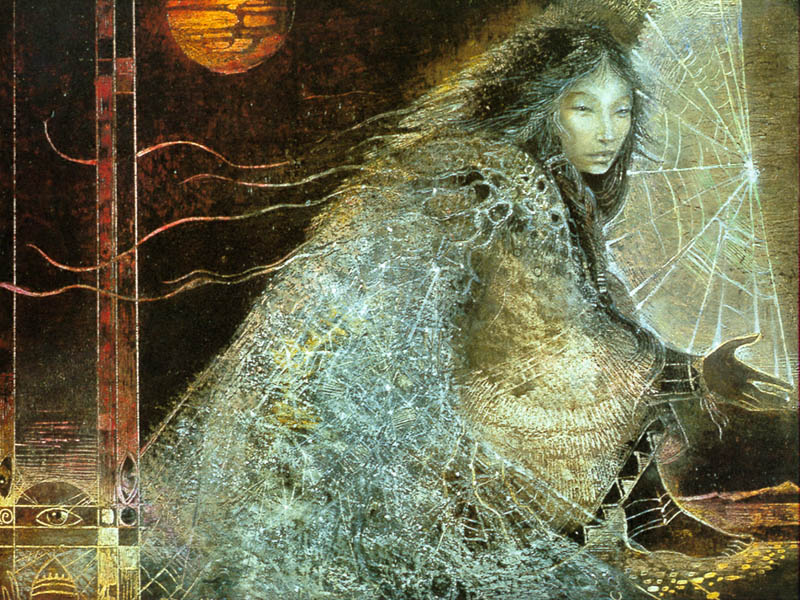 I love spiders. In my opinion, their abilities and variations are wonderful to behold.

I completely understand that not everyone shares my enthusiasm but I would like to make a small attempt to stand off some of the irrational fears out there about spiders.

I’m not going to ask you to touch them or love them but I would ask for you to think about them for a little bit.  There is a whole lot of misinformation about spiders that floats around civilization causing undo fear and panic.

Much of what we hear about them from our friends, family, media,  FB (egads! I know sorry to point it out) and even doctors- is incorrect.  I have used many sources for this article but one of the best single pages about spider myths is from the Burke Museum.  It is written and maintained by Rod Crawdord their Curator of Arachnids.

Here to start; are some of the incorrect facts I have personally heard or asserted myself at one time or other:

(None of these things is true.  You can visit the web site for more along with sources and elaborations.)

“Spiders drink the moisture from the corners of your mouth while you sleep.”

“You can tell I got bit by a spider while I was sleeping, look at these two puncture wounds.”

“You can identify a Brown Recluse by the violin shaped marking, right behind it’s eyes.”

“The daddy longlegs is the worlds most venomous spider but it’s fangs can’t get through your skin.”

“The spiders you find in sinks and bathtubs came up though the plumbing!”

“Look at those two huge poison fill sacks on their fangs!  How can they not be dangerous?!”

We acepect and deciminate many of these ‘facts’ without thought or investigation, they seem to be perfectly plausible truths about such horrible creappy crawly things.

But in fact- spiders have no interest in you.  You are not their ‘source’ for anything, sleeping or not.

Even though spiders DO have two fangs for you to see the space between them the spider would have to be a large tarantula.  Bites that show up in the morning are often consecutive bites from “bloodsucking insect that has bitten twice (a common occurrence), or is a double skin eruption arising from one disease condition or arthropod bite, also a common occurrence.”

Remember spiders DO NOT SUCK BLOOD, lots of other things do though and spiders eat THEM.

Many common spiders have a violin shape marking on their backs, this is one of the reasons people claim that they have “been seen in the area.”  The only way to tell if a spider is a member of the Loxosceles recluse is by the arrangement of their eyes.  They have only 6 eyes in three groups of two, whereas most other look alike spiders have two rows of four eyes each.  The range of the Recluse is pretty limited:

Unless you live in the green area, don’t worry about them- worry about being struck by lightning while scratching a winning lottery ticket instead.  Many wounds are misdiagnosed even in hospitals when often it is a bacterial infection that is to blame.

If you did not see the thing bite you- you don’t know what it was.

Those huge ‘poison sacks’ (pedipalps) you see on so many spiders running around are actually the males’ mating organs.  “Every male spider on earth has enlarged pedipalps! Those are the male sex organs, and naturally, males all have them.”

Yep, no poison, just spider sperm.  Don’t be afraid of spider balls, it is a waste of your time.

One of the most unfortunate aspects of our society’s arachnophobia is that we are missing out on a rich history of ancient mythology that reviered the spider.

The magical talent to weave, once so important to our survival, is one we have forgotten in our modern times.  The Hopi and Cherokee credited the spider goddess as the creator of man kind and bringer of the sun.

Plus if you think about it,  spiders are the least annoying of any creepy crawly.  How many times has a fly, moth, mosquito, wasp, etc, buzzed around your head/ears/body sometimes even landing on you and bitting you?

Now, how many times have you been physically harassed by a spider?  (If we do not count their mer existence as an aggravation) I think we need to acknowledge spiders are not that bad.

I guess the purpose of this post is to get you thinking about- instead of reacting to spiders.  I don’t expect you to start to keep them as pets, just maybe don’t squash them onsite next time you see one in your path.

All that being said- my OCD is telling me that since I have written such an article I have “jinxed it” and I will now be the victim of multiple recluse and widow bites.   But these fears often lie to me, so I will ignore them.

You should to, give spiders a chance.  Appreciate how amazing they are and how much they do for us even given our overall crappy attitude toward them.

They have really been quite patient with us if you think about it.

One thought on “Arachnophilia- Love of Spiders.”