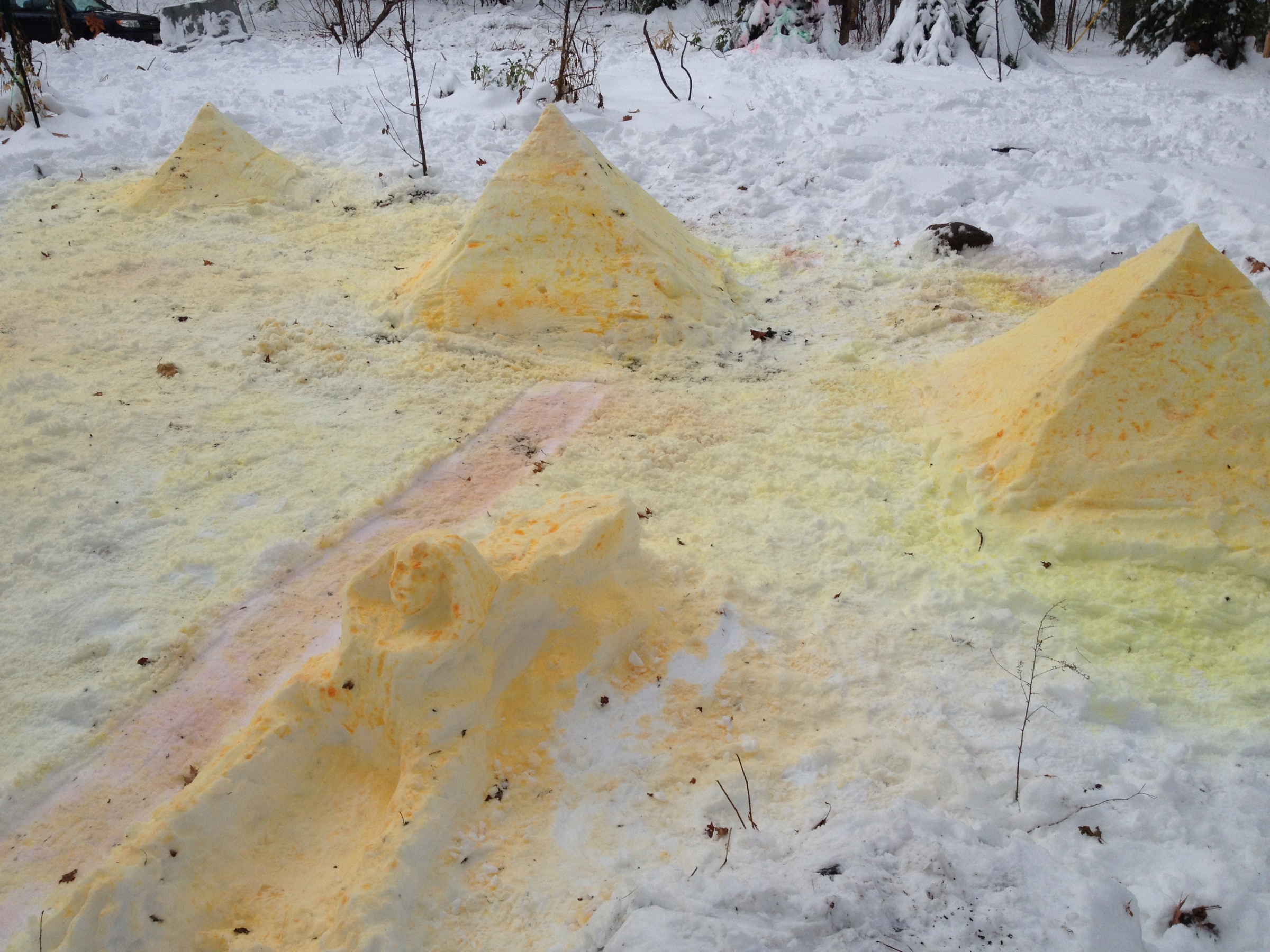 Last week’s pre-Thansgiving snow storm left us with over a foot of frozen clouds in our yard.

I thought to myself- “self, I bet we could make a snow pyramid.  WAIT!!! I bet I could get the boys to help me make the whole Giza Plateau.”

Since I have been blessed with the two coolest stepsons in history; they got excited as I was about the project (after I explained what the Giza Plateau was.)  We decided to make everything to scale (after I explained the concept of making something ‘to scale.’)

We got out the graph paper and traced the layout of the plateau, decided that each square would = one milk crate and set to work. 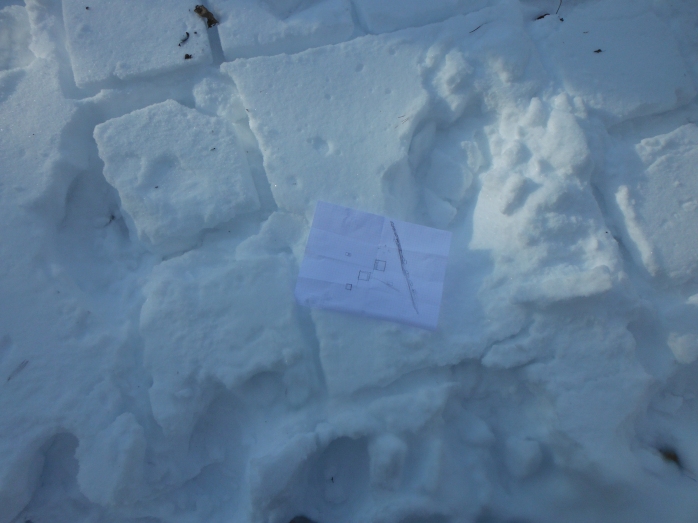 There was a lot of shoveling and packing and more shoveling.

It didn’t take very long to get kid sized piles of snow all ready for shaping.

I told them about the Egyptians and the pyramids as we worked and the oldest took it upon himself to make the top of his like the original golden caps that are fabled to have adorned the tips of the tombs.

After the three main structures were done we called it a day.  I think we accomplished quite a bit!

But we were nowhere near done.

The next day we got out the food coloring and returned to the build site.  First, we had to finish the Sphinx and the causeway that extends from the Pyramid of Khafre and runs along side the Sphinx.

Then we started coloring, since Egypt is not very white and snowy.  All it takes is a spray bottle and a couple boxes of food coloring. 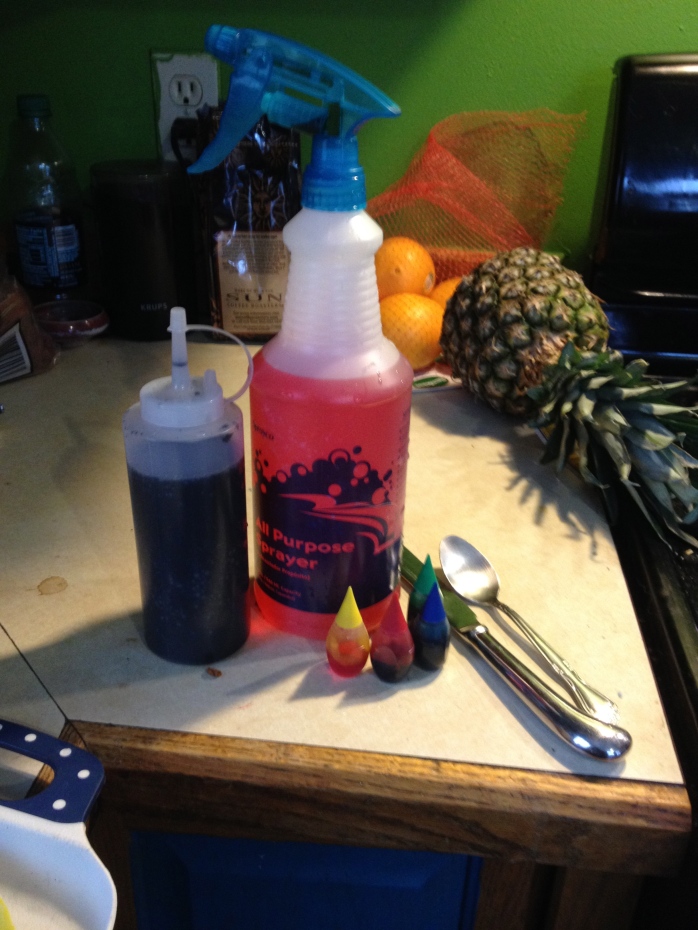 Butter knifes and spoons were enlisted to help carve the Sphinx.  The boys went to town coloring in our scene.

With the general construction done we put the finishing touches on.

All of us were occupied for a few hours and resulted in a pretty righteous bit of yard.

I was very proud of their efforts.  It is truly amazing how excited they get about my silly ideas.  I get two willing accomplices, they get a little history lesson and we all get something a bit more interesting than a snowman or two.

With the work done; it took a full three minutes for the oldest to return to his regularly scheduled activity i.e. ‘throwing snowballs at the stepmom.’

Time for me to go inside.  Right after a little retaliation.

← Time is never on sale. Get It While You Can!
Glazed Maine →