Black Friday Two for One Special

Since Thanksgiving is not anchored to any particular date the anniversary of my dad’s death seems to fall on two days some years.  This year is one of them.

Black Friday is always the hardest for me.  Since he technically passed on the 29th of November, today marks four solid calendar years without him.  I don’t really know how to characterize it, except to say that I have adjusted.

Progress has been made, I no longer refer to him in the present.  Talking about what happened has grown easier as these things so often do.  The sharpness of the pain has dulled but the scar is still there, a marked part of the living flesh.  Sometimes it feels like only I can see it now.  When it first happened the injury is raw and ragged, your defining characteristic to others in the know.  A thing they can’t look away from or ignore.  Now, it would seem that the only time people see it is when I point it out, since from the outside it looks much the same as the other bits of my existence.  Greif is a process and we have been traveling down this path for awhile now.   We have with us the pack of tools we have gathered along the journey.

In the beginning; just after the fall, we struggle to our feet undeniably broken and unable to move in any way without pain from the shock of such a severe insult.  It feels like you are crawling, scraping for each inch of progress and knowing that the only choices you have are to continue on or give up and die where you lay.  Everything hurts, each effort sharp and stinging so that sometimes the only thing you can do is stop all forward progress and breath.

We all chose to live on.  The sorrow didn’t drown us as it felt like it could at first.  We got through the logistics of arranging final rites and tying up loose ends, until they are all neatly knotted and safely separate from everything else.   All of us finding our own outlets, the individual crutches to help us along our own way.   Just like being on a hike with others- each one of us is responsible for our own progress though we started from the same point and share much the same trail.

I can only speak for myself and truth be told there are still many days when I miss him so keenly I fear the blood from my wound may have begun to flow anew.  It comes at unexpected times, amidst the joys of life that surround me.   A thorn hidden under the leaf of a beautiful rose.  New things never to be shared with him.  Questions that will remain forever unanswered.  The sudden realization that the game is over the score is final and all I have left is the highlight reel.

For instance,  many of the ‘useful things’ he made for me are now set aside like mini shrines and not used as they were intended because if they ware or break they are irreplaceable.  When I want to try and find pictures to include in this post and there are no new ones to look through.  I still can’t go through his FB photos for long without tears, it is hard to see him so full of life, while he is not here anymore to live it with us. 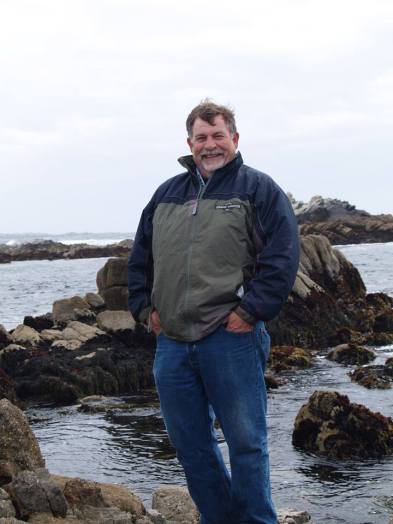 That’s the funny thing about this trip down death’s trail, it seems like as soon as I try to move as I did before; sure the injury is healed and pain is passed, I stumble.  Unable to support my full weight.  I am fine most of the time, as I hobble along with my crutch just happy to be making such swift progress and forgetting that I are still not whole as I was before.   It is scary to think that I might never be able to move like I used to.  The pain is now such a part of me that it will never be gone, only waiting to remind me when I grow bold or flippant, how great a blow it was.

I have said before that the hardest thing is dealing with the new joys and trials without the possibility of sharing them.   It is nice to think that the dead know anyway, and to a degree this is true.  The little bit of him that lives in me still sees everything through my eyes and that is a nice thought but it is only a thought.  Never to be solid again.   A specter of future that we will never have together.   A fork in the road where we planned to meet on the other side not knowing his path ended at a cliff, while mine continued on around the bend.  I hope there is a vista at the end; before my own fall, where I can see clearly the bits we walked together.

It makes me grateful for the life I am privileged to have flowing through me.  Just as it makes me wary of how fragile that gift truly is.  We have added more losses to the list of those on the other side, hopeful that they have found one another and are keeping each other company, the way I pray my dad found his sister after he passed.

In that way, there is a glimmer for more time and reconciliation.  Just not on this level of the tower.

I miss you dad but I’m ok, some days I just miss you more than others.  This year I got two of them for the price of one.

← Gruesome Gratitude
Into the Man Cave →

One Comment on “Black Friday Two for One Special”