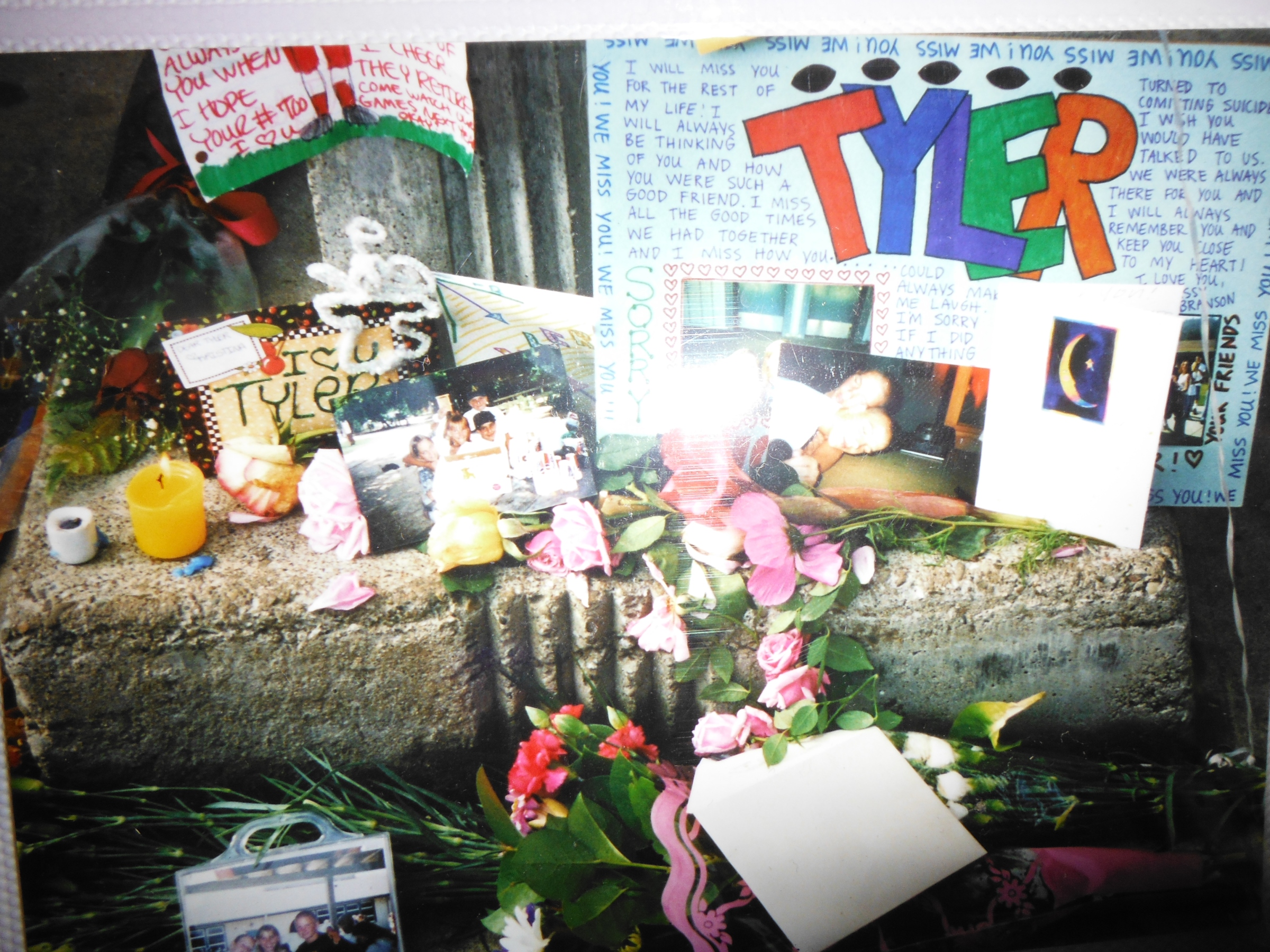 Before Monday, I could have truthfully stated that I have never cried at the death of someone I didn’t know.  I think there are many people around the world who could have said the same before the passing of Robin Williams.

I only hope we can all gain some perspective. There is much to be desired in our society’s understanding and discourse about basic human psychology and the myriad of factors that influence behavior.

If we are to have any chance in this indevor we NEED to move away from the sensationalism we create in our world.  There is such a tendency to exaggerate or embellish the traits of people and things.  We like to flatten them against the screen we watch them through and think that we know them.

We rob them of their complexities and fit them neatly where we want them to be in our own lives.

We take a part and make it the whole.

If we can let this event spark a greater understanding of of ourselves and each other then it will not be a complete loss.  If this man’s death becomes another reason to judge and point fingers then we are in a sorry state indeed.

The concept of suicide is a hard thing to understand if you have never had any personal experience with it.  I think we should start by agreeing that if you have never known a person who has taken their own life or tried to-

YOU SHOULD SHUT YOUR MOUTH AND SIT DOWN.

I am sad to say I can’t easily count how many people I have known who took their own lives.

I know the first.  It was my freshman year of high school.  Tyler was one of the funniest people I had ever met, cute, athletic, popular.  Curly blond hair and bright blue eyes.  The kind of class clown that even teachers liked.

His death shocked everyone.  How could someone who had so much going for them take their life at 15?  The funeral was tragic, filled to the brim with grief of the loss.

The front of the school became a memorial we passed every day on our way to class. 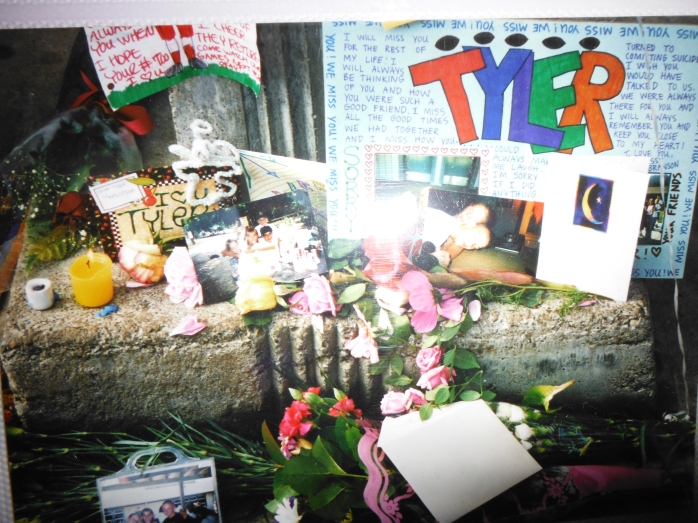 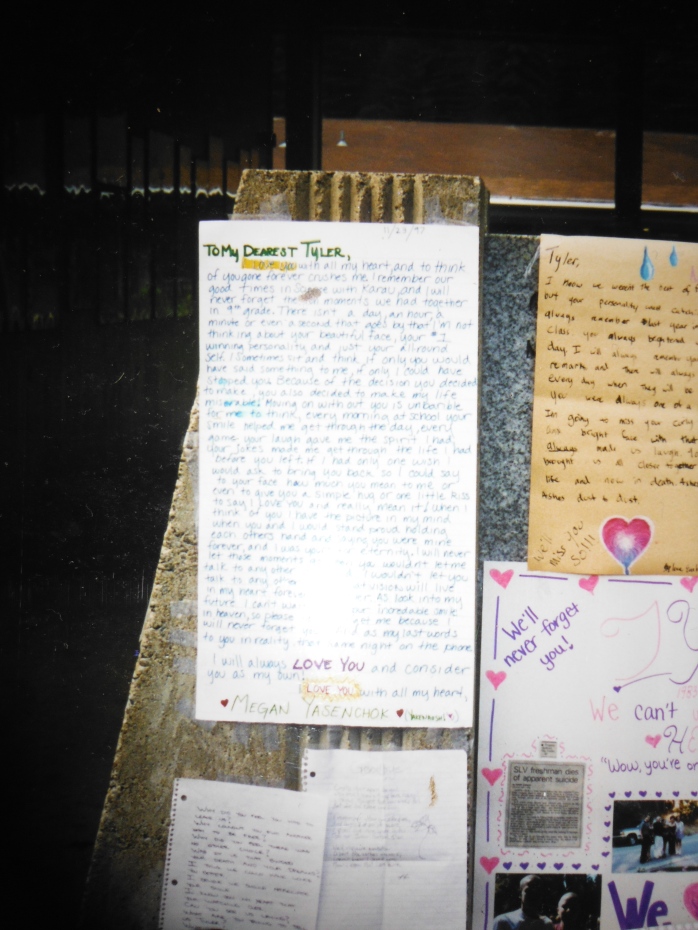 From Tyler, I learned that even when you spend day in and day out with someone you may never comprehend the motivation for their actions.

The next was a good friend’s older brother.  I had know him for years- in that way you know all your friend’s siblings if you are at their house a lot.

As he got older he got in more and more trouble, it seemed to follow him wherever he went.  He battled serious drug addiction and was in and out of institutions for most of his young life.

But the last time I saw him he seemed so upbeat, sober, on the right path.  He had just moved back home and was again that fun, cool, big brother I had met years before.  His whole family was over the moon to have him back.

A few days later, my friend found him in the basement.   The family was utterly crushed.  The feeling of grief in a home when a member has died there is indescribable.

Broken, is the best I can do.

From Lucas, I learned that not everyone appears depressed prior to taking their own life.

I have already written about watching my first boss drink himself to death.  Indirectly and then directly.

From Bob, I learned that some people half try for years to kill themselves and in the end when they succeed, it is no surprise.  Just a sad enavetablilty.

They are the ones who were successful.  Thankfully not every one is.  I have seen many of my friends in that pit, the one where the bottom is so deep you can’t see the light at the top.  A place so dark you question if light even exists anymore.

I have seen the view from the bottom of that hole myself but I was able to climb out.  I would never judge someone who couldn’t.  You don’t know how many times they made that climb before.  Their path is not your own and you are in no place to appraise the effort they have exerted.

In college I majored in psychology and learned that sucicidal behavior (like all behavior) is described on a continuum.  From indirect death seeking behavior to precise premeditated life ending acts.

There is a phenomena called suicide contagion where in after the death of one member of a group the chances that other members will do the same increases and you get suicide clusters.

One of the most simple and accurate predictors of the type of person who will commit suicide is, impulsivity.

All that being said there is no one reason people behave this way.

We do not exist in a bubble,  the situation that determines the action more than we give it credit.  Is the suicude of someone who is terminally ill comparable to a teen who can’t take being bullied anymore?

Even when the situations are similar there is so much that effects a person that is only known to them.  I can not find it in myself to judge them.  When someone has reached that place where they don’t want to go on all you can do is be available and hope they reach out.  Many do, some don’t and some do- but proceed regardless.

I do believe that suicide is a permanent solution to a temporary problem but life is not a permeant state anyway.

He was no saint, he was just a man.  An amazing man who I will miss greatly even though we never met.  I am grateful that we can look back and watch his work and laugh.  I am sure it is what he would have wanted, he just couldn’t bear to stay with us anymore.

At 63 years of life on this earth- it was his choice for himself and we should leave it at that.

Offer our support to those now faced with picking up the pieces of such a tragic loss in their lives and not judge the man who gave so much of himself to the world, just to make us laugh.

The only things we really know for sure, regardless of your opinion about the man or his methods is that:

A wife lost her husband.

The world lost a treasure.

I think it is best just to leave it at that.

← “Growing Old Is Mandatory Growing Up Is Optional.”
Now And Then. →