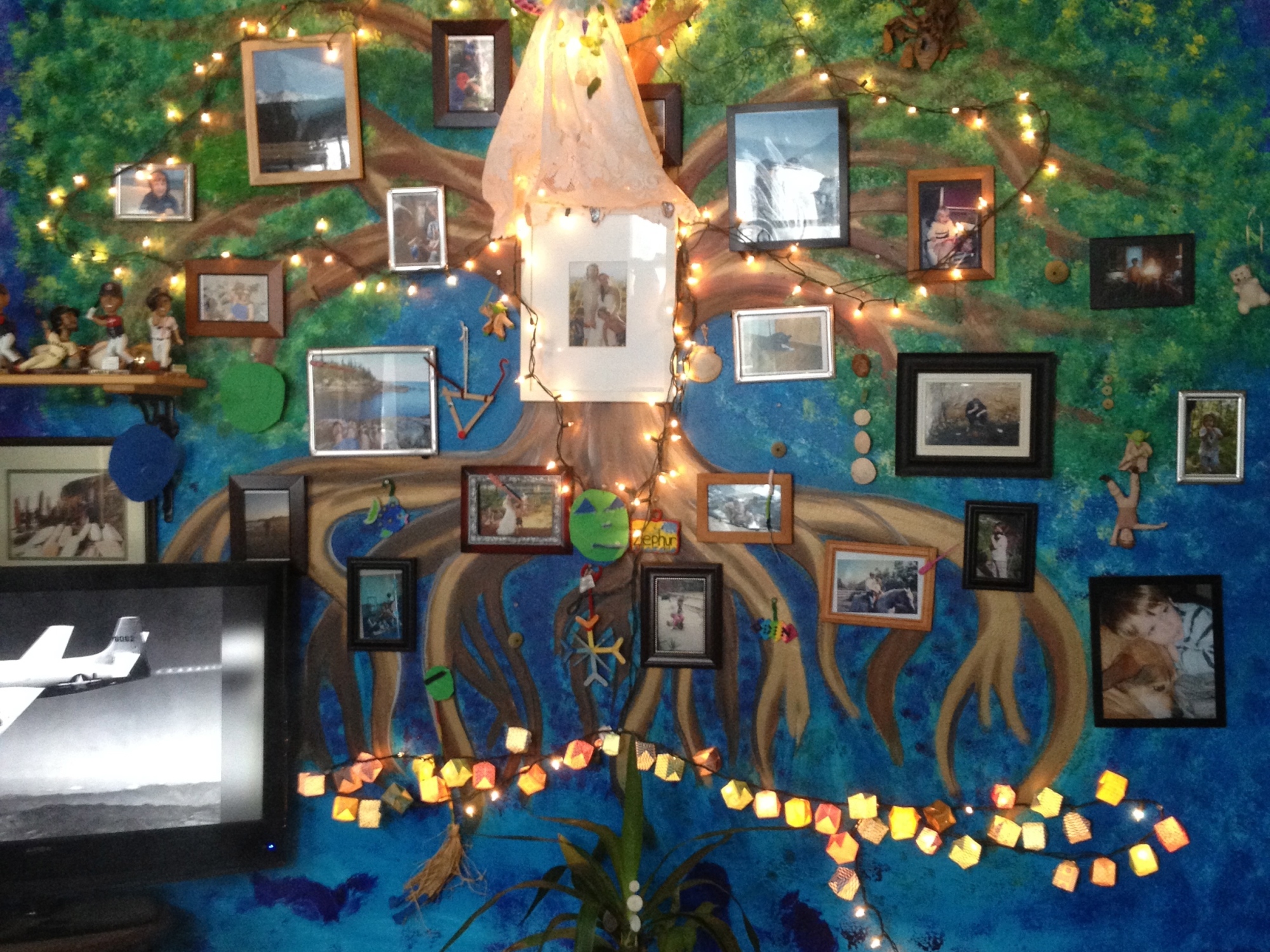 Growing up a tree hugging, dirt worshiping-California hippy, my family never cut down trees for Christmas.

Instead we had a small tree growing in a wine barrel that we brought in for a few days each year with the help of my dad’s old Santa Cruz skate board.  It would be wheeled in and decorated before returning to the patio for another year under the redwoods.

After we moved my husband and I continued this tradition for the first few years on the East Coast.  We also adopted a new one, only handmade ornaments for the tree.

Since the boys (all of them) were/still in the middle of a Star Wars phase, I made everyone a special Star Wars ornament.  We completed the look with a Queen Amidala topper.

Our little tree retired last spring, planted out by the chicken coop.   We have some pines that line our driveway and since one of them was under the power lines to the house we decided to try something new.

Cutting down a real tree. 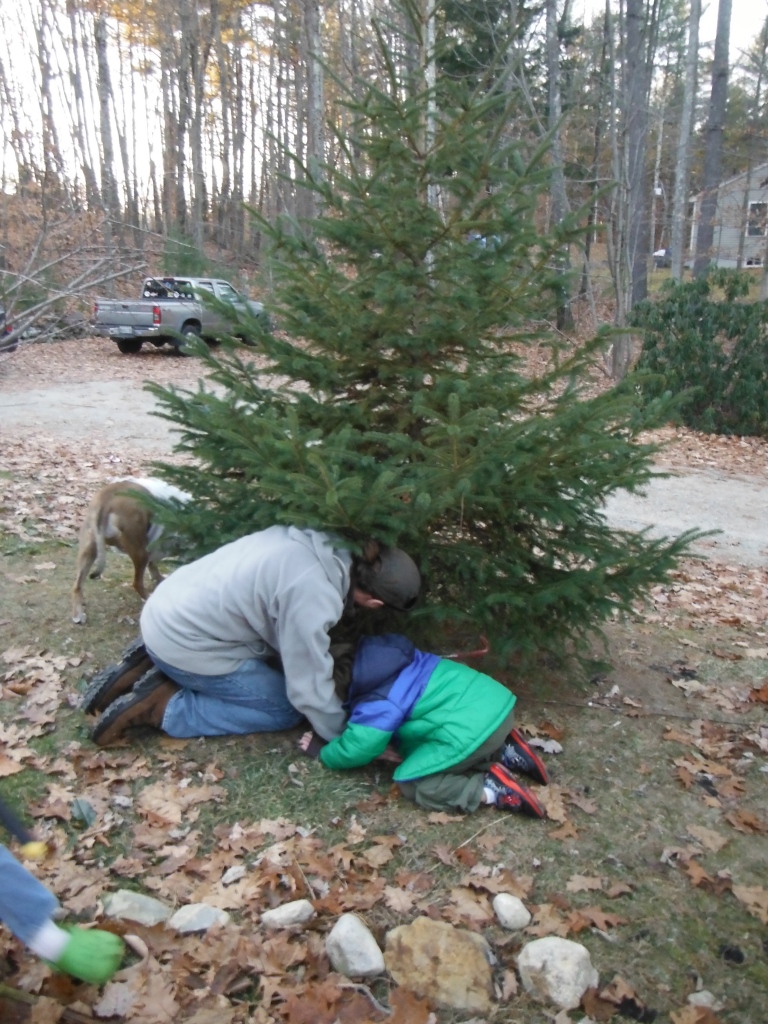 I am glad we did it- but I was jaded after years of not dealing with the fallen needles and general space taking that occurs with a big tree. This year we all decided to skip the real tree all together and decorate the family tree mural in the living room instead.

Since the boys have a totally traditional Christmas at their other house, (complete with the now obligatory,and always creepy- elf on the shelf) we did not feel this would deprive them of any Christmas cheer.

We gave them the final say and true to form they added some new policies of their own in the bargain.

“Since there is no tree to put presents under Santa could hide them around the house like an Easter egg hunt!!!”

Fine by me,  as an added bonus this way the whole operation dosn’t take up space in our small living room or cover the floor with pokey tree dander.  We don’t have to chase the cat out of the tree or yell at the dogs for harvesting low hanging ornimates.

Luckly, I made a new tree topper last year that hangs from the ceiling instead of sitting on the tree.  I think she is a beach angel?

Though truthfully I had no real direction, other than her being made from ‘found things’ and clay.  Her wings are scallop shells dripped with colored wax.

I stuffed her with lights so she glows.

Not all of our past decorations have made it through the years but many have.

They include more then a few incarnations of light sabers (now hanging from pictures) sea shells, sand dollars and urchin chains.

Star Wars fuigures I made our first Chirstmas with the boys.

“I want Yoda sitting on Luke’s foot when he is learning how to use the force on Degoba.”

He is levitating Degoba sea urchins.

Some years it is fun to try something new.  Besides, it is not as if we are lacking indoor foliage.  Our living room is already overrun with the potted plants from the deck. The rest are currently housed in the boy’s room (at their request.)

Our 2-D Christmas tree experiment has begun.  I hope Santa will approve.