On my mom’s side of the family it seems that life has always revolved around horses.

My Grandpa was raised on a chicken farm in Nebraska.  There were many things he disliked about the farm but there were a few perks for an energetic young boy to enjoy.

It was riding horses my Grandpa loved most about farm life.  He loved to gallop through the fields at full speed and could almost always be found in the stables.

His love of riding and later showing horses has always been his defining trait to me.  Growing up I always believed he was a bona-fide cowboy.

I used to marvel at their trophy room (actually the den) one whole wall was covered in colorful ribbons packed so tightly on top of each other that they stuck out a good six inches from the wall.  The other walls of the room were covered with shiny plaques and silver bowls in velvet cases, cups medals and statuette of horses.

They won many regional competitions and a few state finals in western pleasure riding and most of their spare time was spent, riding, training or attending horse shows and rodeos.

Everyone grew up riding, my mom, her sisters and all us grandkids.

More importantly we learned about horsemanship, and animal husbandry.   We were taught from an early age by my grandparents that it is not all riding, ribbons and showing.  Horses are a lot of work and their constant care must come before anything else.

When you make the commitment to contain such a large animal you must do it the respect of attending to its daily needs- of which there are many.

They must be properly cleaned, fed, exercised, stimulated and otherwise maintained.  If you have to go to work, you stop by the stables on your way.  When go home the stables should be revisited.

Any days off are to be spent dawn till dusk at the stables if at all possible.

I was tutored intensely in their anatomy, behavior and all the do’s and don’ts of proper equine health and training.

As we got older if we wanted to ride we were made to go halter our own horse in the stall, lunge them or turn them out, bring him in, brush and tack him by ourselves.

We always had direct supervision but the steps were drilled into our heads, each little curry comb and hoof pick must be done before you even think about riding. 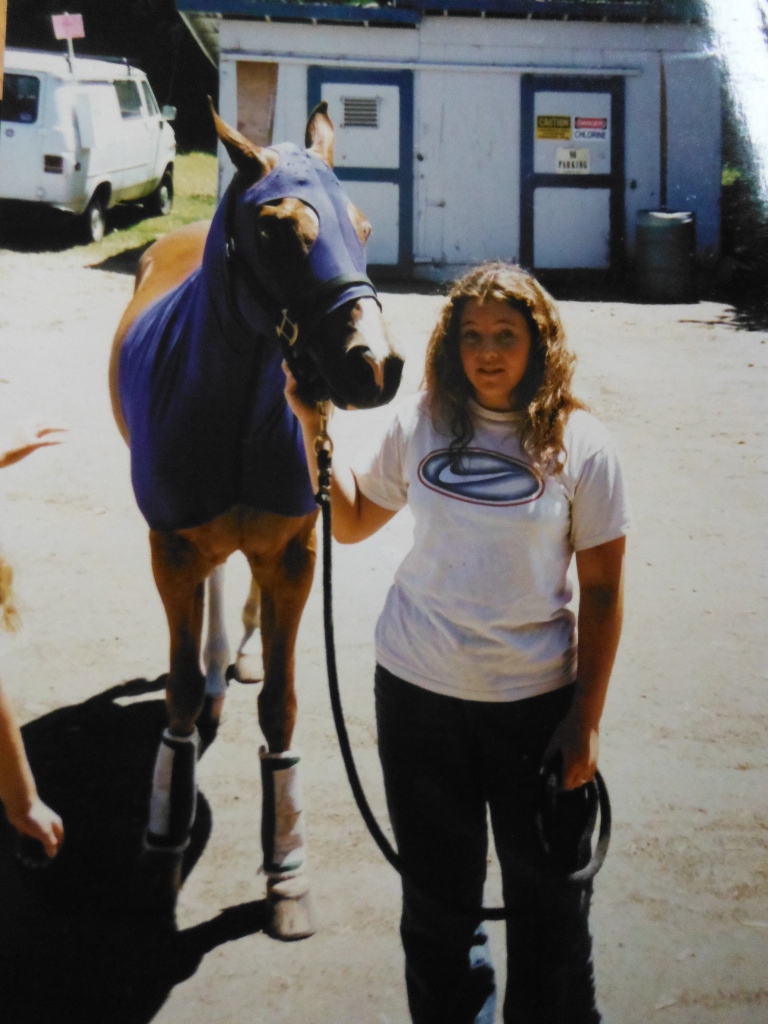 Unlike the tendency now a day for horses to be trail nags- shuttling helmet clad tourist from place to place.  We were taught how to tack our own horse something I am very grateful for to this day.

When my mom the sisters were small they shared a pony but when they got older she got her first full size horse, Matuce.  A very young beautiful Chestnut  Saddlebred gilding with an attitude that developed as he grew into a full blown feud between him and my Grandpa.

The process of training him was long and exhausting resulting in most members of the family being kicked, stepped on or bit by him at one point or another.

When I met him he was well over 20 years old and still a feisty and sometimes unpredictably difficult horse.  He was beautiful as most wild things are.

He could be quite poised in the arena when he wanted and did win many titles but only my Grandpa could ride him with good results in a show.

Completely opposite in nature was their other horse, Mark.

A ‘flee bitten’ grey Arabian gilding he was just as sweet as sweet could be.  He was graceful and kind and quickly became my Grandparents favorite show horse.

It was his back I was placed on as a baby.  In front of my mom or grandpa as he walked us around the ring.

He was preferable over Matuse for many reasons, for shows he was superior for the fact that he would actually get into a trailer without it becoming an episode of ‘Wild America.’

Matuse HATED getting into the trailer and almost seriously injured my Grandpa many times in the process.  My Grandpa could show him and win but showing him depended on getting him to the show without dying in the process.

Matuse and my Grandpa duked it out for years, but it was Matuse who got the last laugh.  He died an old horse and persisted in his aversion to trailers and my Grandpa, even after death.

He died in his stall at my Grandparent’s house.  My Grandpa called the glue factory or dog food company, whoever it was that would pay for a dead horse and they came to take him away.

His hopes for a smooth trailer loading after all these years were soon dashed.   As Matuse was being dragged up the ramp his back hoof caught on the side of the door, stretching it out as if he were running.

The pressure on his blader must have been increased as his body lengthened.  My Grandpa grabbed his leg to turn it off the door jam and Matuce let go a geyser of horse piss that bathed my Grandpa from head to foot.

I do not think the humor was entirely lost on my Grandpa even then and today when he tells the story it is in-between sobs of laughter.  He has the most wonderful laugh, it sounds exactly the way you would think a cowboy should.

A mix of belly laughs, chucks and drawn-out he-he-heh’s.  I love his laugh- almost as much as I love horses.

My youngest aunt is a horse trainer back in Ca.  I love to visit her at the stables.  How can you not with these views, 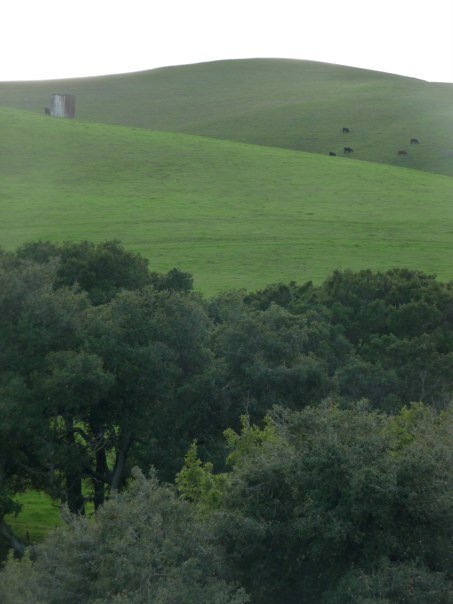 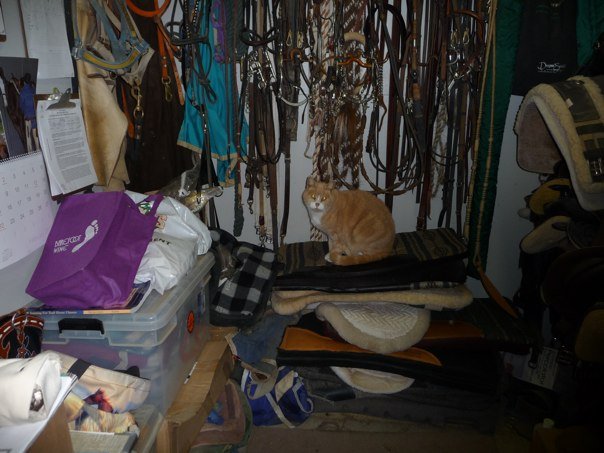 I am beyond grateful for the gift of time I have spent around horses.

2 thoughts on ““No Hour Of Life Is Wasted That Is Spent In The Saddle.” ~Winston Churchill”