I grew up hiking EVERYWHERE.  If there were no waves, there were always trails.

Through fields, down cliff to the ocean or up endless mountains covered by giant Redwoods.  Often past signs that read “No Trespassing,” all in search of the places where you can plainly see the finger print of god.

As a child; I went blithely after the adults trusting that there was a plan, a path and that everything would be ok.  In hindsight I can appreciate how amazing it is that nothing ever went too terribly wrong.  In the time before cell phones my clan was relatively fearless in our exploration of California.

This practice has taken me to some of the most remote and breathtaking places.   It was in the spirit of ‘the hike’ that my mom and I set off to scatter some of my dad at the top of Big Basin in a secret spot that overlooks the whole park and you can see right down to the ocean.

We headed down to the store to procure the proper supplies.  Dried mangos and pistachios to start.  In an attempt to avoid the emence line at the deli; we looked through the offerings from the grab-and-go section and found only a ham and cheese sandwich.  This was interesting because even though it was far from OUR favorite lunch, it was my dad’s favorite trail sandwich.

We decided that, was that.

We got back in the car headed into the mountains.  The road leading up to the lookout is not much more than a trail itself.  It’s narrow, winding and completely lacking a shoulder of any kind.  We ascended up and up; laughing maniacally as my mom avoided the potholes that threatened to eat our tires whole.

Across 236, passed the hidden peacock farm and through the Redwoods we popped out at the trail head.  There are no signs or markers- you have to find the spine of the earth and then go west from there.

Following that marker down and winding- through chaparral trails.  The bushes were blooming,  fragrant little flowers buzzing with bees. 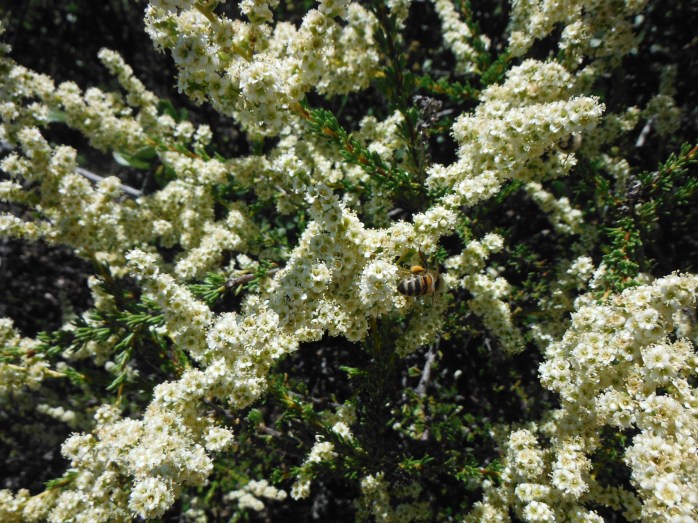 Left and right and left again.  The well worn paths likely kept clear in equal parts by deer, mountain lions and humans.  We walked out onto the wide expanses of sandstone hidden from view until the final turn.

We could see down to the Pacific, covered in fog (if you look closely between the peaks you can see the line of grey fog.)

It is an area he told us specifically he wanted to be scattered during our many visits to Big Basin.

We pulled out our lunch.  Making not so funny jokes about mountain lions.  Sitting in the hot sun feeling the light breeze was transcendent.  I have written about this place before and my return did not disappoint.

Sitting and talking we enjoyed one more lunch in this place with my dad.  We added some of the dried fruit and nuts to our corporal offering.  What is life (or death) without a few nuts? 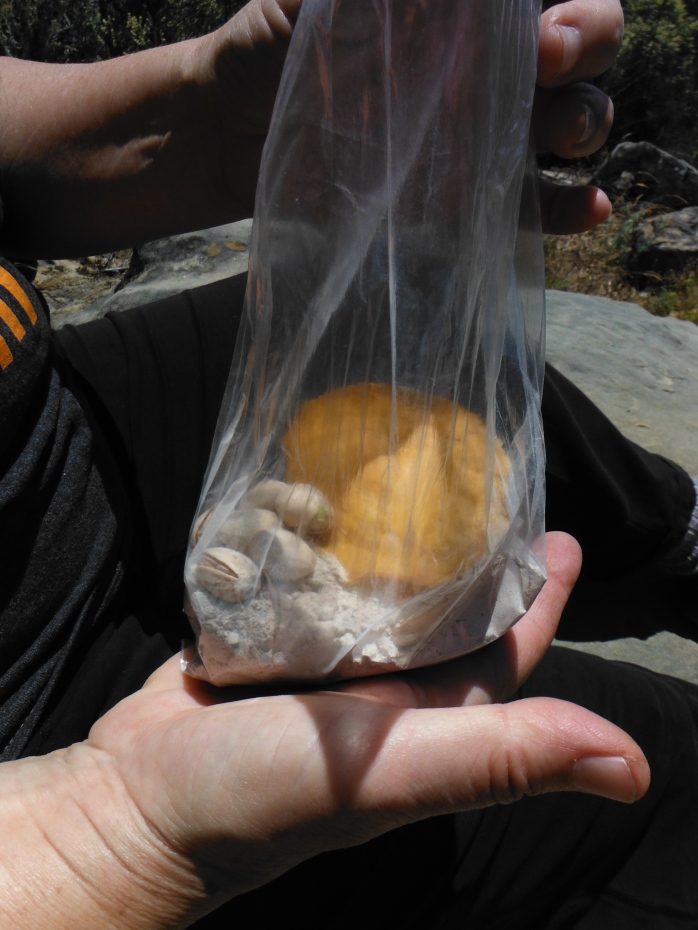 With the sun full above us, we both felt it was time to do what we had come to do. Officially beginning the process that started the divvy the day before.

This would be the first spot Dennis would be liberated.  Free of the body that failed him and no longer held by the box that bound him. We took a deep breath and let him go. 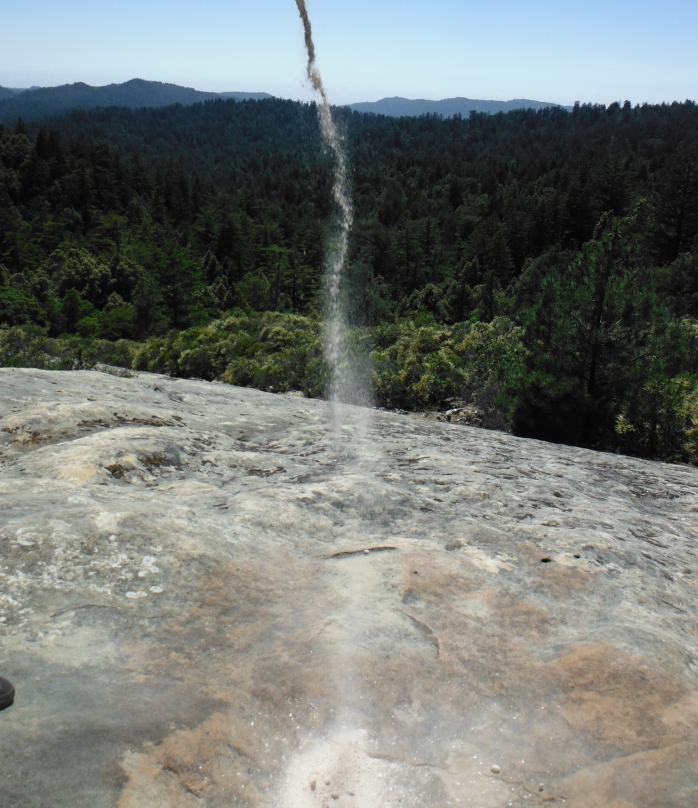 He did not go far.

We didn’t pull a Lebowski (though I know he would have found that hilarious.)  There was no fairytale-Disney-princess wind that swirled him up and away.  Instead; the matter that had once been a son, a husband, a dad, a brother and a friend; fell to earth the same way matter of that weight and density always has.  He would have been pleased that his remains adhered so well to the laws of physics.

I know it is the way he would want this to start.  Less than 10 miles from the home he loved so much.  Above the forest he had chosen to live beneath.  In the land he had always called “god’s country.”

A place we had discovered and kept near to heart.

This was the perfect way to start.

Up next- I invent a Dennis Dispenser.  I’m not kidding.

One Comment on “The Scattering Part 2- Dennis Takes a Hike”