This trip has left me with such an overwhelming feeling of thankfulness it is hard to articulate.  Unfortunately, that is not going to stop me from trying.  Here goes-

I got to share the place I love, with those I love most.  It that was one of the greatest blessings I have ever received.

I was once again able to pass large amounts of time exploring the places that carved my soul.  The rugged coast, that was the cradle of my youth, did not disappoint us.  The boys got to see the morning fog burn away- unwrapping the blue of the ocean.

Illuminating the crystal clear waters beneath.

We got berries at Swanton.  A place my dad shared with me when I was not much older than they are now. 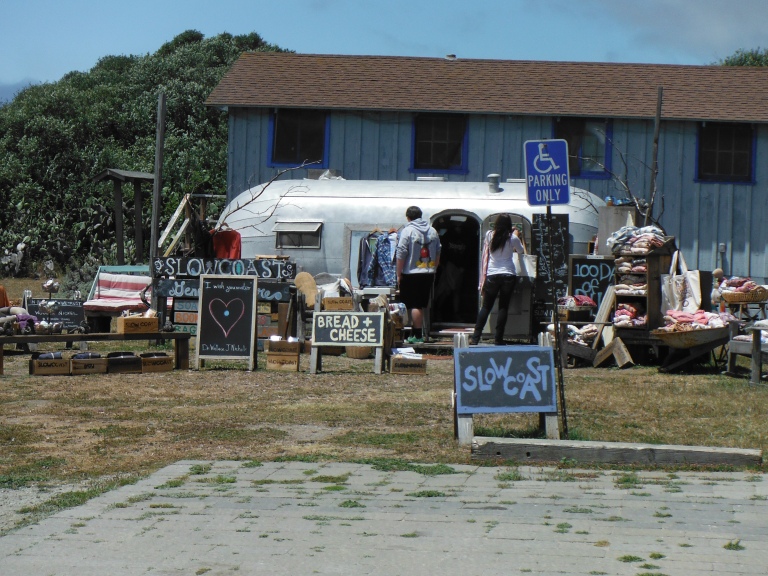 We timed the tides and went to our favorite spot for Abalone shell hunting, climbing from one cove to the other.

We looked in all the tide pools and I was pleased that the aliens of my childhood were still there for theirs.

There were anemone gardens (mats of tinny anemones that cover the rocks.) You can see them here in the foreground.  The man-child is pointing at what turned out to be a HUGE (dead) stripped purple jellyfish washing around in the pools. 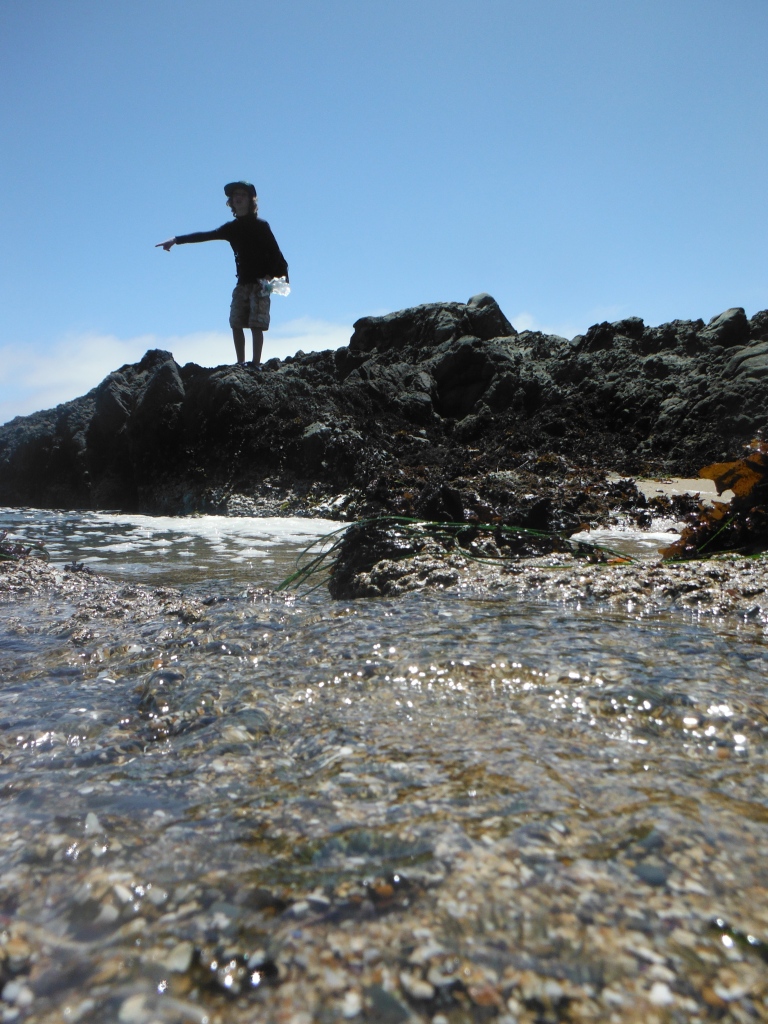 We got to drive across the Golden Gate and received a world class view of The Bay and The City. 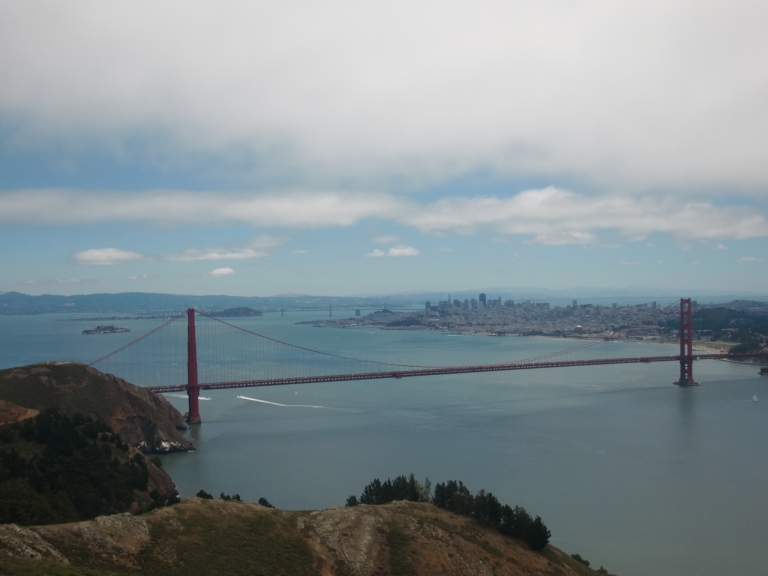 On the return trip the bridge was shrouded in fog. 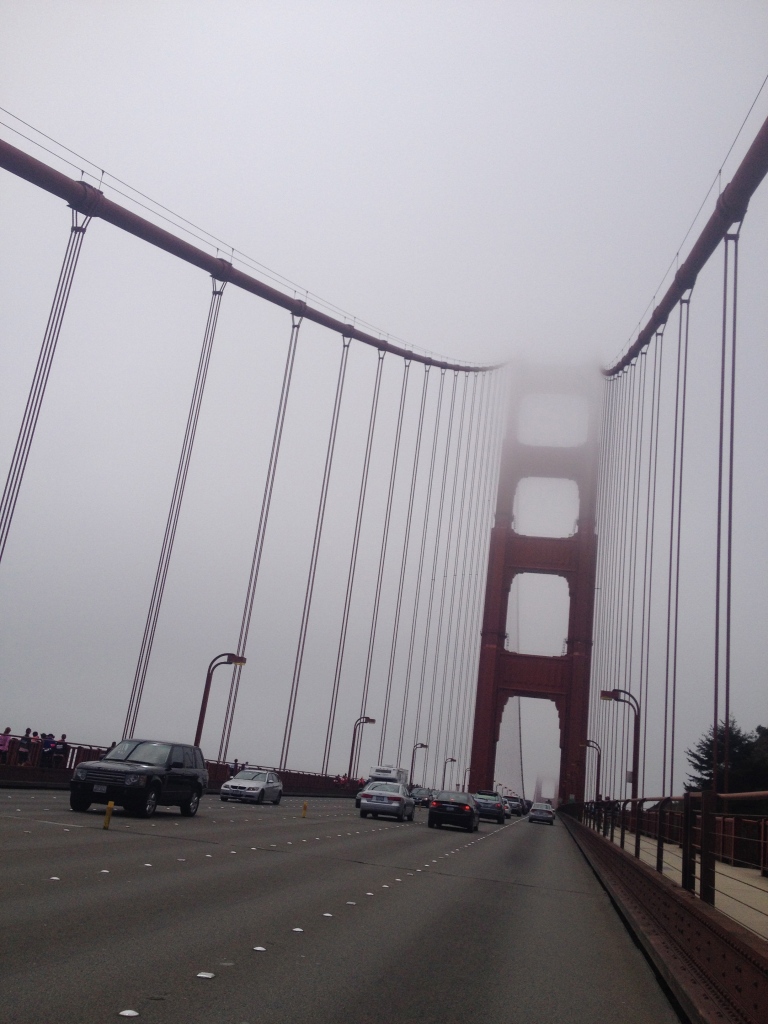 The boys caused a decade’s worth of erosion at the Merin headlands in about 10 minutes. 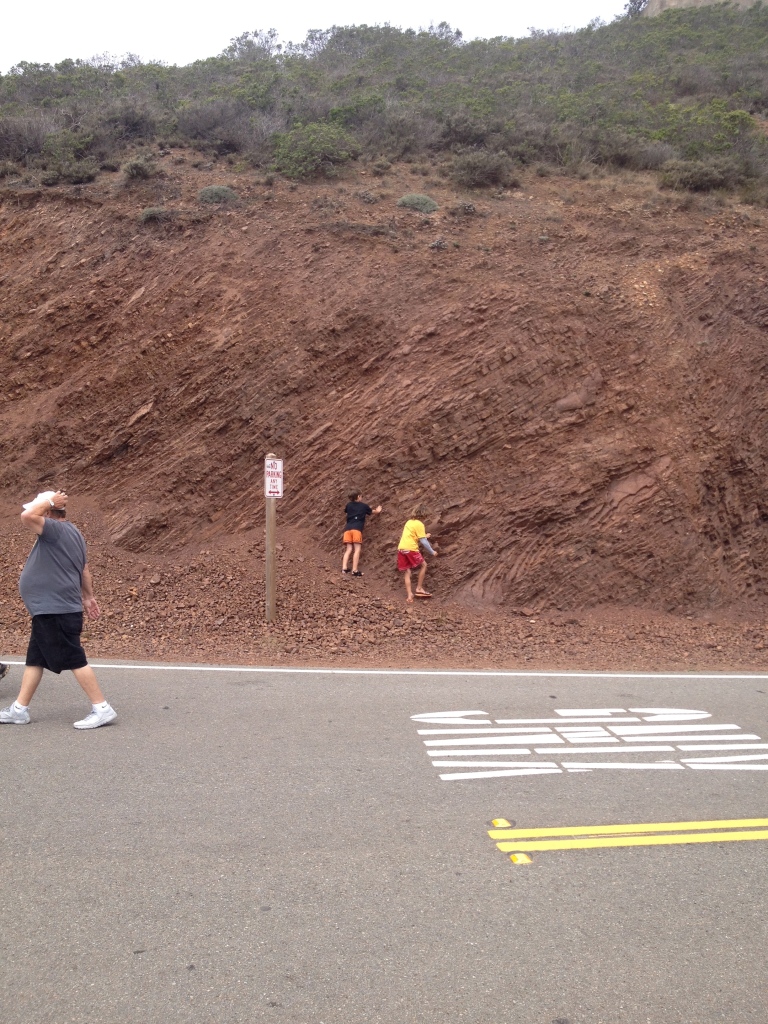 We are all rock hounds and the coast offerers so many amazing geological formations they were in constant awe.  “WOW! Look at THAT rock!”

“And those rocks IN rocks!!!” The youngest became enamored with serpentine and tried to fill his pockets with any green rocks he came across.  Some were easier to procure than others.

We showed them Pebble Beach.  Not the golf course- the REAL pebble beach.  It is a little cove where tinny polished pebbles make up the “sand.”

Growing up, I didn’t realize it was also a famous golf course.  I was always wondering how anyone could play golf on such a small, rock covered beach.

One cover over, North or South and the beach is regular sand again.  It is one of my favorite places in the world!  When waves wash out to sea it sounds like a rain stick.

The pebbles tickle your feet in the oddest way.  There is no other beach like it!

If we would have let him, the youngest monkey would have buried himself up to his neck. 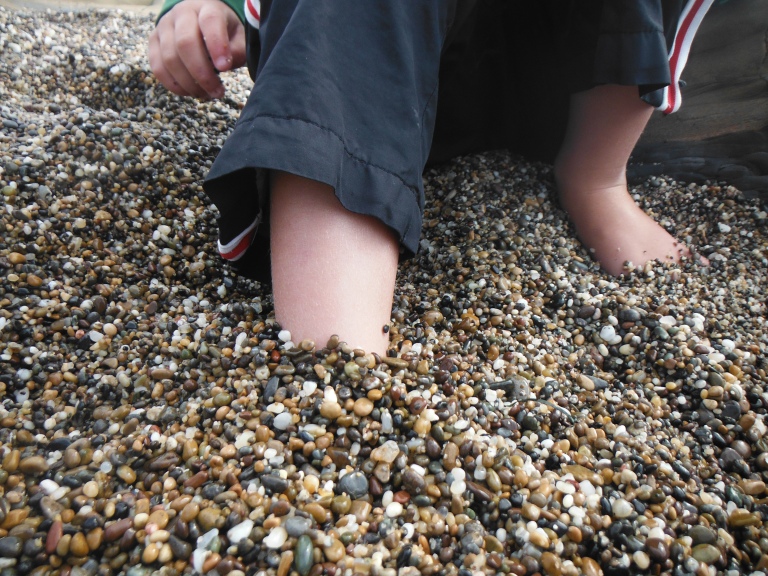 We sat, listening to the ocean’s unique sound and looking at all the amazing little gems, one by one.

It was bliss.  The combination of so much awesome in one trip is impossible to describe.  I think these rocks sum it up better than words ever could.

So much unique natural beauty, all in one place. Perfection.

Just a huge pile of awesome, smothered in awesome sauce, with an extra side of awesome- just to make sure.  Like going to see your favorite team play and watching them hit two grand-slams in one day. EPIC!